CMI State of the Market: Canadian Home Sales Moderate Further in May

CMI State of the Market: Canadian Home Sales Moderate Further in May

Canada’s housing market continued to rebalance in May, as sales declined for a third consecutive month and new property listings rose. The combination of central bank rate policy and affordability challenges was largely responsible for the decline in sales activity.

Home Sales and Prices Decline in May: CREA

On a national level, home sales fell by 8.6% from April, according to the Canadian Real Estate Association (CREA). Actual monthly sales activity was down 21.7% compared with the May record set in 2021, and just under 9% compared with April Sales were down in three-quarters of all local markets, led by Lower Mainland British Columbia, Calgary, Edmonton, Ottawa and the Greater Toronto Area. New listings were up 4.5% month-over-month. The increase was influenced by a jump in new supply in Montreal, while new listings in the GTA posted a small decline. 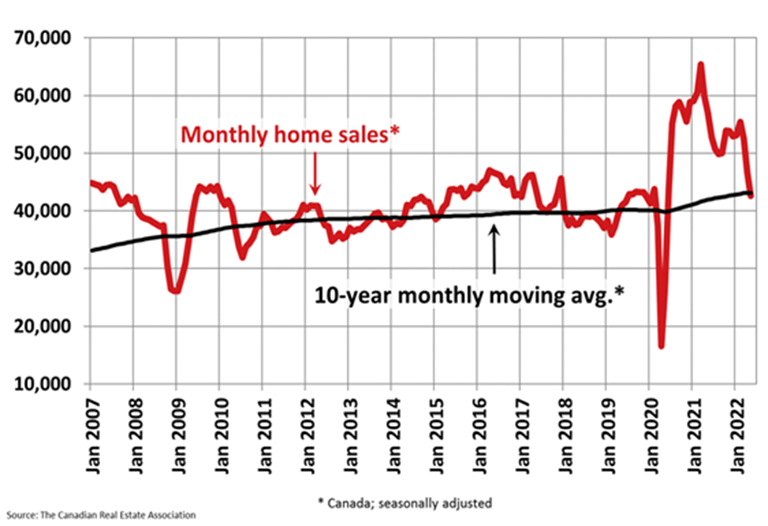 Although home prices declined slightly month-over-month, falling 0.8% compared with April, they were up significantly compared with a year earlier. The MLS Home Price Index (HPI) rose 19.8% year-over-year, pushing the national benchmark price to $822,900. The actual (not seasonally adjusted) national average home price was just over $711,000 in May, down almost 5% from April, but up about 3% compared to May of last year.

The Bank of Canada’s fight against inflation may come at the expense of real estate – at least, in the short term – as rising mortgage rates price many buyers out of the market. According to RBC Economics, major markets such as Toronto, Vancouver, Montreal, Ottawa and Hamilton experienced significant pullbacks in May. “[Most] major markets in Canada have returned to balanced territory in May based on sales and new listings reported by local real estate boards,” wrote senior economist Robert Hogue.

A softening of demand is allowing inventories to rise, potentially removing a major bottleneck for existing buyers. However, inventories remain very low across major markets.

Canada’s labour market showed further signs of progress in May, as employment rose by 40,000 and the unemployment rate dipped to a new record low of 5.1%. The gains were driven entirely by full-time positions, which grew by 135,000, according to Statistics Canada. Employment in the service industry increased by 81,000, offsetting declines in goods-producing industries such as manufacturing. 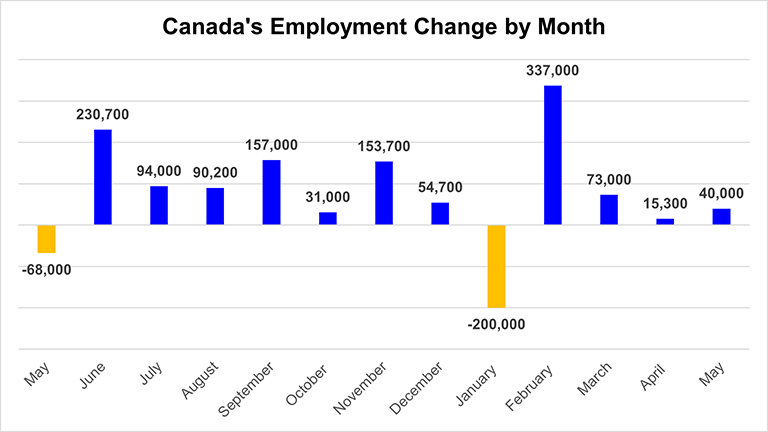 North American equities sold off sharply in June, as investors continued to grapple with red-hot inflation and hawkish central-bank policy. The benchmark S&P 500 Index officially entered a bear market in the second week of June, closing down more than 20% from its previous peak. Canada’s benchmark TSX Composite Index entered into correction territory – defined as a drop of 10% or more from a recent peak – and is now trading at its lowest level in over a year. 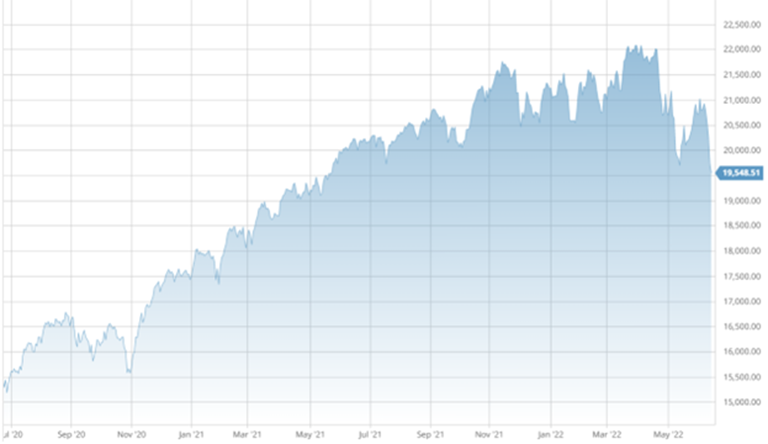 The TSX is trading at its lowest level since May 2021. Source: Barchart.com

The Bank of Canada and Federal Reserve have hiked interest rates at three consecutive policy meetings, underscoring the urgent need to fight inflation. On June 15, the Fed raised interest rates by 75 basis points, the biggest single upward adjustment since 1994. The aggressive hike followed a headline inflation reading of 8.6% in June, which was the highest since 1981.

The Bank of Canada’s next interest rate announcement is scheduled for July 1, 2022. With inflation running at a 31-year high of 6.8%, some economists predict the BoC will have to move faster and stronger going forward, forecasting an upcoming increase as high as 75 basis points. Rising interest rates have spillover effects across the economy, including the housing market.

CMI Financial Group continues to analyze market changes and keep you updated on a regular basis. Visit our website to learn more.