Inflation is at a 30-year high. What does that mean for investors?

Until recently, central banks around the world were united in stating rising inflation was only “transitory.” Guidance has shifted significantly in recent months as the cost of living surged to multi-decade highs.

The consumer price index (CPI) is a widely used gauge of inflation, measuring the average change in

prices that consumers pay for a typical basket of goods and services commonly used in society. Changes in the CPI are used to evaluate inflationary and deflationary pressures in the economy and understand their impact on economic behaviours.

Inflation by the Numbers

Canada’s annual CPI rose 7.7% in May 2022, the highest level in nearly 40 years. It marked the eleventh consecutive month that annual CPI was above the Bank of Canada’s (BoC) target range of 1% to 3%. Canadians are paying more for gasoline, groceries and shelter, among other things. Home prices have continued to surge to record highs.

Inflationary pressures are even hotter in the United States, where annual CPI clocked in at 8.6% in May, according to the U.S. Department of Labor.

Soaring inflation has forced central banks to shift course on monetary policy. The Bank of Canada and United States Federal Reserve each voted in March to raise interest rates for the first time since the onset of Covid-19, and signaled their readiness to hike rates even further this year.

In April, the BoC raised its overnight rate by 50 basis points (there are 100 basis points in a percentage point), marking the largest single rate increase in 22 years. The central bank raised rates by a further 50 basis points in June and is expected to hike again at the conclusion of its July meeting. They now expect inflation to average almost 6% in the first half of the year, and remain well above the 1-3% target range through the remainder of 2022. 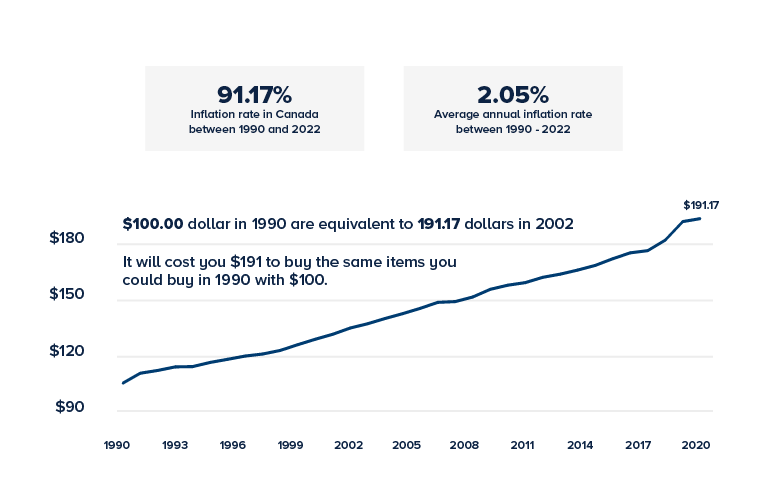 What Rising Inflation Means for Investors 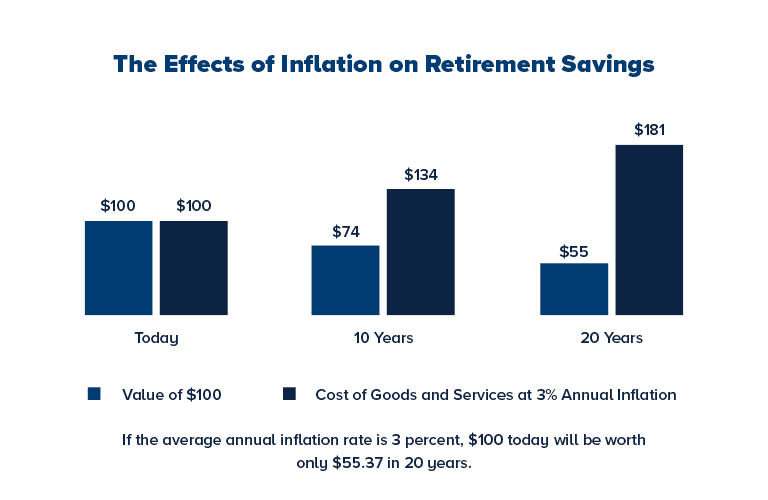 The financial crisis of 2008 taught investors to become accustomed to asset price inflation, as the value of stocks and real estate soared due to unprecedented liquidity offered by central banks. With inflation making its way into consumer prices and impacting the cost of living, policymakers now appear motivated to slow demand and try to temper the impact of rising prices. In this environment, income investors are especially vulnerable.

The true cost of inflation is not only measured by how fast prices rise, but also by the loss of purchasing power. As inflation rises, investors who receive fixed payments from their investments will see their purchasing power decrease.

Meanwhile the market value of these investments will decline, as rising interest rates place downward pressure on the bond market and other types of fixed income investments. In a rising rate environment, some investors may opt for holding government bonds or other interest-bearing assets. While these securities generate higher yields when rates go up, the returns are unlikely to outpace inflation.

Consider that the average one-year GIC in Canada pays less than 3%, which would actually deliver negative “real” after-inflation returns. Considering the current CPI increase to 6.7%, many traditional fixed-income securities simply aren’t able to keep pace with this number.

While surveys reveal concern about inflation amongst Canadian investors, few have made meaningful adjustments to their portfolios as of yet. One approach to hedge against inflation is to consider a real estate-backed investment. Mortgage investments can be seen as one way to potentially offset the effects of inflation, given the asset class has little to no correlation with the stock and bond markets.

CMI Mortgage Investments aims to deliver risk-adjusted returns, targeting 6% to 16% annually, depending on the investment. To learn more about how mortgage investments might help your portfolio grow in an inflationary environment, talk to a CMI Investment Manager today for a free consultation.

Want exposure to real estate but concerned about the risks of direct ownership? Talk to a CMI Investment Manager today.