November was another active month for Canadian real estate, as home sales rose across the country and property values continued to accelerate. While the number of newly listed properties rose in November, a dearth of supply is likely to keep prices trekking higher in the short to intermediate term.

National home sales rose 0.6% in November, with gains reported in Calgary, Edmonton, interior British Columbia and Saskatchewan, according to the Canadian Real Estate Association (CREA). Gains in these regions offset declines in the Greater Toronto Area and Montreal.

Inventories increased 3.3% in November, but that wasn’t enough to ease the supply-demand imbalance in most major markets. As a result, the MLS Home Price Index increased by 2.7% compared with October and 25.3% year-over-year.[1] 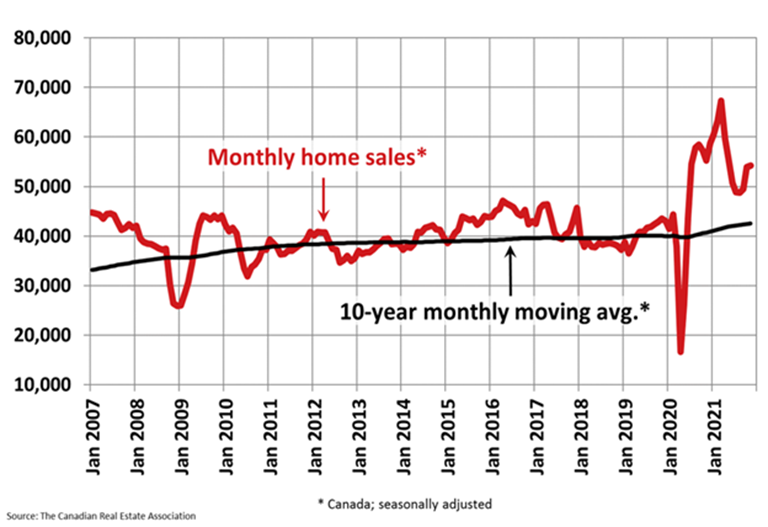 “We believe much of the recent impetus in the market came from buyers front-running interest rate increases,” Hogue said, referring to expectations that the Bank of Canada will soon begin the process of normalizing monetary policy in the wake of COVID-19. If RBC’s expectations hold, price pressures will likely moderate by the second half of 2022.[2]

Canada’s labour market improved considerably in November, as employers added 154,000 workers to payrolls—more than four times higher than analysts’ expectations. With the gain, Canada’s employment levels are now higher than in February 2020, which was the period before the first wave of pandemic restrictions came into effect.

The national unemployment rate declined to 6% in November, which was well below the consensus forecast of 6.6%. Before the pandemic, unemployment was at 5.7%.[3] 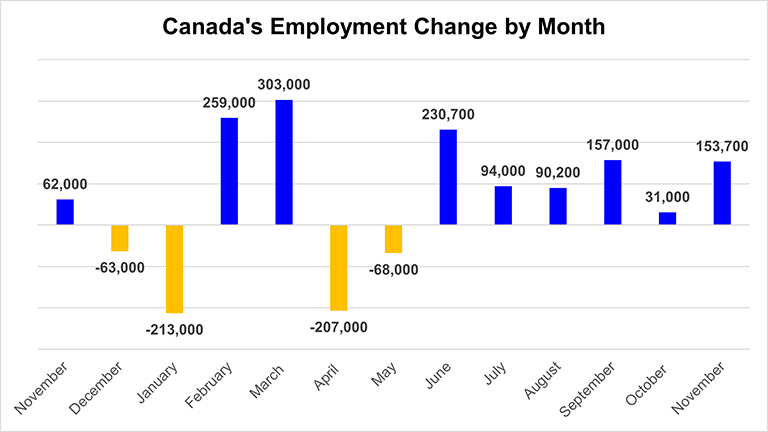 Wall Street and Canadian stocks have declined sharply over the past month amid concerns that the new COVID-19 strain, known as Omicron, would further complicate reopening plans and put additional strain on the healthcare system. Expectations that the United States Federal Reserve will begin tightening its pandemic stimulus measures also weighed on investor sentiment after Fed Chairman Jerome Powell sounded the alarm on rising inflation.[4]

After peaking above 21,760 on November 20, Canada’s benchmark TSX Composite Index experienced a 6% correction – its biggest fall since late January – driven by a drop in energy stocks as concerns over a potentially vaccine-resistant variant pushed oil prices down. On Wall Street, the S&P 500, Dow Jones Industrial Average and Nasdaq Composite Index also pulled back sharply from record highs. 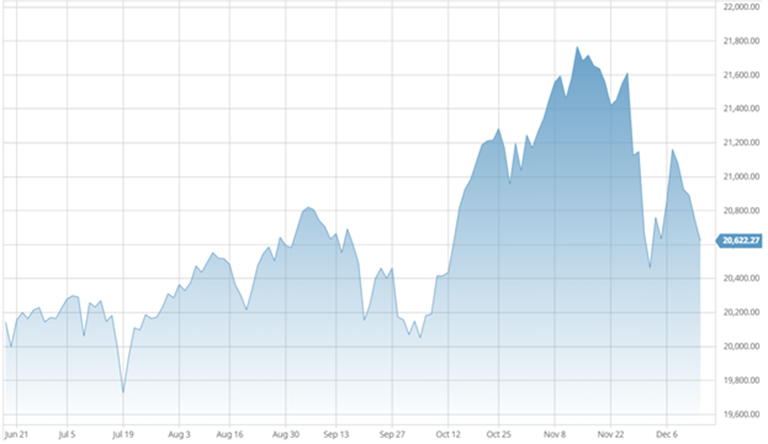 With inflation raging at multi-decade highs, central banks in Canada and the United States are considering unwinding their pandemic stimulus measures sooner than expected, potentially opening the door to rate hikes in the not-too-distant future. The Bank of Canada forecasts its first rate hike could come as soon as April.[5] Central bank rate hikes have an indirect impact on mortgage rates as financial institutions pass on these higher costs to consumers.

CMI Financial Group will continue to analyze market changes and keep you updated on a regular basis. Learn more about investing in private mortgages.