Canada’s housing market capped off a stellar year on a softer footing, as new listings declined across major markets. The unabating strength of regional housing markets, coupled with the recent rise in mortgage rates, has created an “affordability squeeze” for many households.

In 2021, almost 667,000 properties traded hands in Canada, a new record by a significant margin, according to the Canadian Real Estate Association (CREA). Last year’s total home sales surpassed the previous record set in 2020 by more than 20%, and stood 30% above the 10-year average.

Home Sales Inch Up in December as Listings Fall: CREA

On a national level, while home sales edged up 0.2% between November and December, sales activity was down 9.9% from the record posted in December 2020, according to the Canadian Real Estate Association (CREA).

One of the primary reasons for the decline in sales was the lack of available properties on the market. According to CREA, the number of newly listed properties declined 3.2% month-over-month. The MLS Home Price Index rose 2.5% in December and was up a record 26.6% year-over-year. With the exception of Calgary and the Fraser Valley, which reported gains, most major markets saw little change in terms of sales activity.[1] 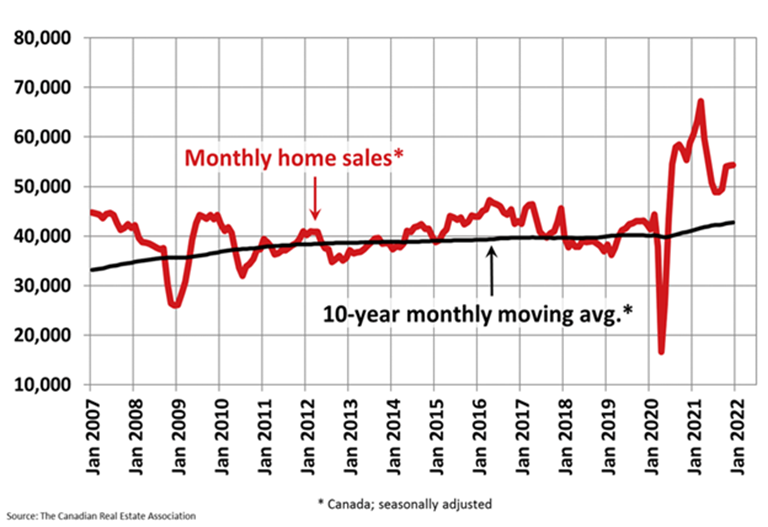 Hogue said he expects ownership costs to “continue to rise quickly” as the Bank of Canada prepares to raise interest rates.[2] A higher Bank rate impacts the mortgage market indirectly as lenders begin passing on the higher costs to consumers. 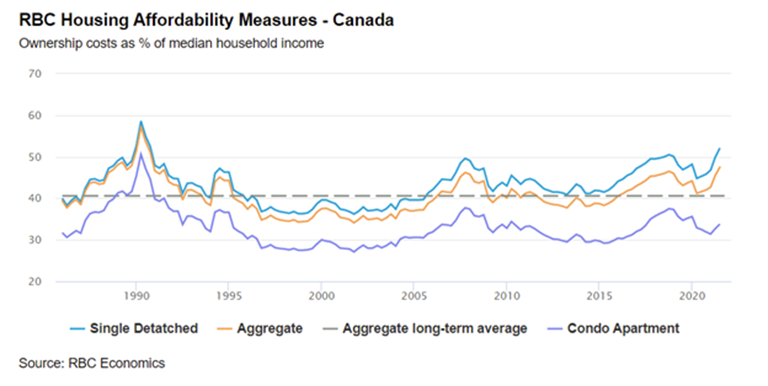 Canada’s labour market continued to improve in December, capping off a strong year of growth in the wake of the COVID-19 pandemic. Employers added 54,700 workers to payrolls during the month, more than double the projected 25,000 gain, Statistics Canada reported. Full-time work accounted for all the gains, as many part-time workers shifted to a more permanent position.[3] The unemployment rate fell to 5.9% from 6% in November.

Strong employment growth is expected to abate in January after several provinces moved their economies back into modified lockdowns to contain the spread of Omicron. 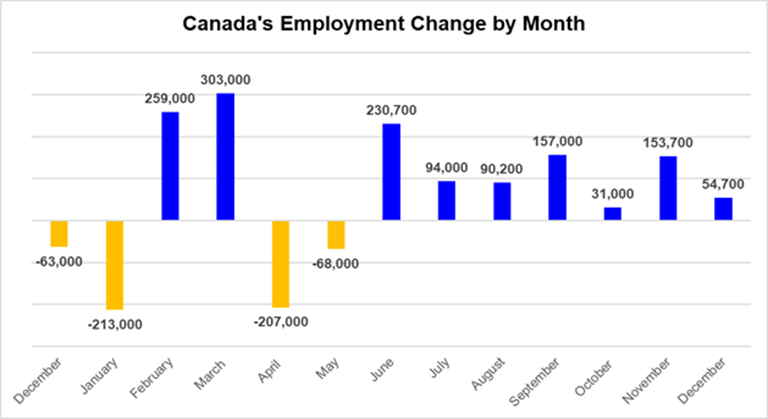 The performance of risk assets such as stocks weakened early in the new year as investors began to price in successive rate hikes from the Bank of Canada and United States Federal Reserve. Central banks in both countries are grappling with an inflation surge that threatens to erode consumer purchasing power and put downward pressure on consumption. In the United States, for example, the consumer price index rose 7% annually in December, the highest since 1982.

Since reaching an all-time high in mid-November, Toronto’s benchmark TSX Composite Index declined by as much as 6% in early December. The TSX is now within 2% of its previous high. 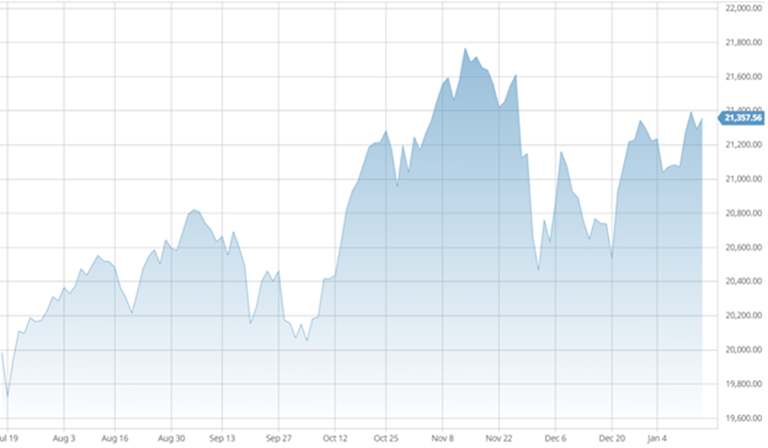 After charting a bullish early Q4, the TSX Composite Index has faced selling pressure over the past two months. | Source: barchart.com

The emergence of Omicron presents new complications for provinces eyeing a return to pre-pandemic levels of economic normalcy. However, with inflation hitting multi-decade highs and employment returning to pre-pandemic levels, economists expect the Bank of Canada to begin raising interest rates as early as March. Central bank policymakers will make their first interest-rate decision of 2022 on Jan. 26.

CMI Financial Group will continue to analyze market changes and keep you updated on a regular basis. Learn more about investing in private mortgages.