January was another positive month for Canadian real estate, as national home sales rose to new record highs, highlighting once again the resilience of the residential real estate market. On the supply side, housing inventory fell to the lowest level on record, as the second wave of Covid-19 forced would-be sellers to remain on hold for the time being.

National home sales were up again in January, rising 2% versus December, according to the Canadian Real Estate Association (CREA). The Greater Toronto Area, Edmonton, Chilliwack, B.C., Calgary, Montreal, and Winnipeg all reported gains compared with December. Compared with January 2020, actual sales increased by 35.2%.

Tighter inventories were a key driver of the sharp rise in home prices over the last year. The number of newly listed properties declined 13.3% between December and January. Compared with a year earlier, the MLS Home Price Index rose 13.5%, CREA said.

Although sales increased nation-wide, CREA noted a pattern of declines centred around Ontario. The dip in these markets is largely due to declining inventories and seasonal factors ahead of the busier spring homebuying season. 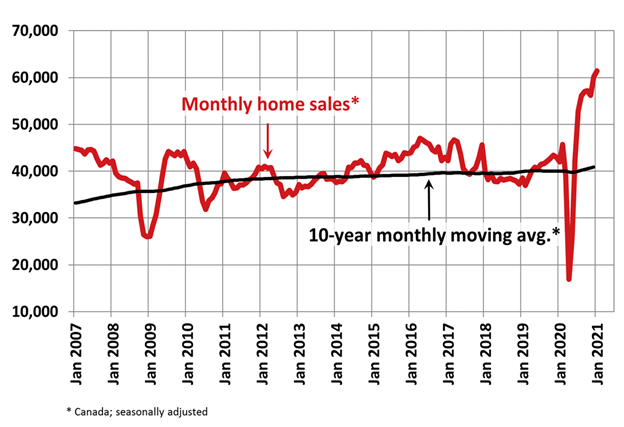 In addition to rising home sales, Canada’s real estate market is the tightest on record, according to CREA. At the current sales pace, Canada has only 1.9 months of available housing inventory.

Robert Hogue, a senior economist with the Royal Bank of Canada, told Bloomberg that the second wave of the Covid-19 pandemic likely contributed to the sharp decline in home listings.

“The second wave probably had something to do with it, with sellers deciding this was a suboptimal time to list their properties for sale,” he said. “But that being said, demand has been tremendously strong and I just think it’s been absorbing inventory like there’s no tomorrow.”

Hogue described the housing market as “extremely tight,” which will lead to more intense upward pressure on prices.

Tighter Covid-19 restrictions had a negative impact on Canada’s labour market in January. Employment fell by 213,000 during the month, with losses concentrated entirely in part-time work in the service-producing sector, especially in Quebec and Ontario. At the same time, the national unemployment rate rose 0.6 of a percentage point to 9.4%, the highest since August.  Despite the fall in employment, total hours worked rose 0.9% in January.

Although Canada has now recorded two consecutive months of job losses, the impact from Covid-19 continues to decline. In January, 1.4 million workers were impacted by government shutdowns, down from 5.5 million in April 2020. 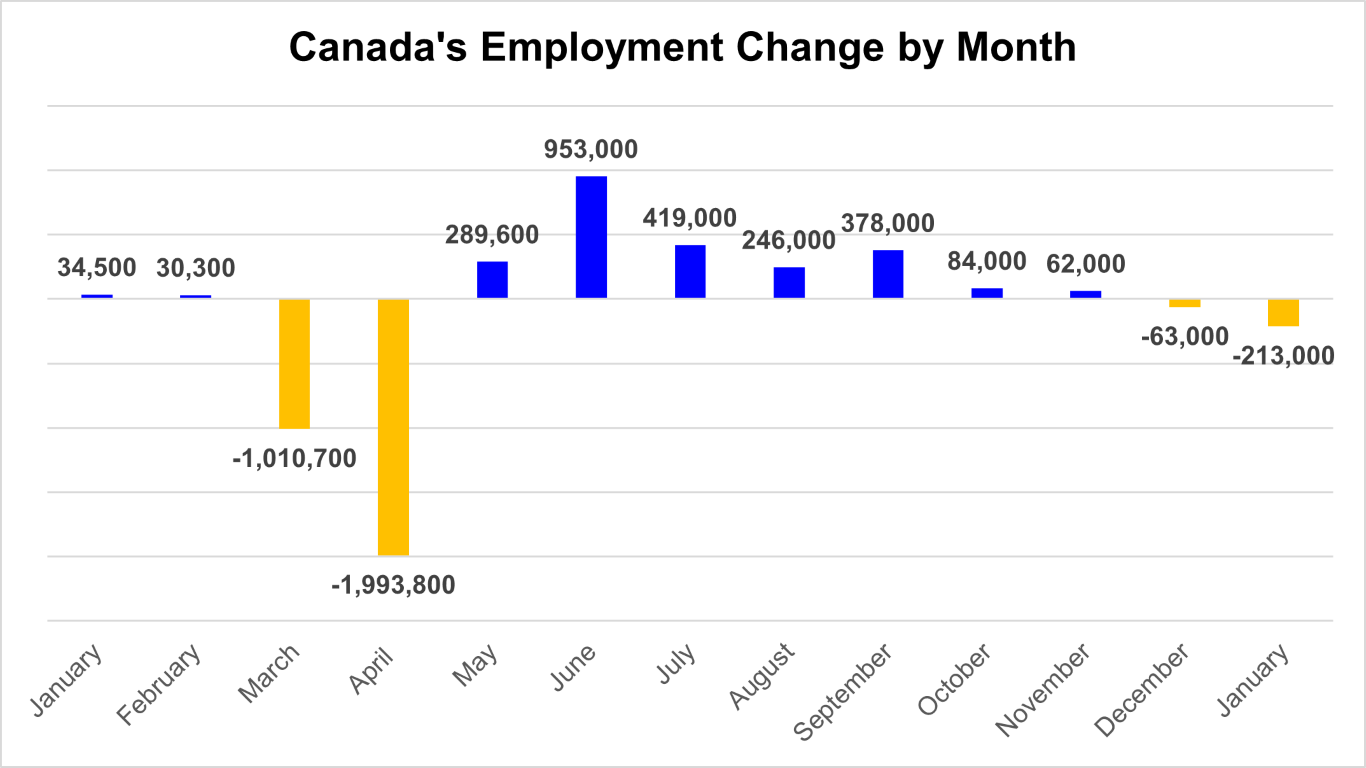 The Canadian economy has shed jobs in each of the last two months. | Source: Statistics Canada.

Canadian and North American stocks continued to rally in February, as rising energy prices and U.S. stimulus optimism boosted investor sentiment. The S&P/TSX Composite Index, Canada’s main stock index, broke above 18,000 in February and is now up over 4% for 2021. 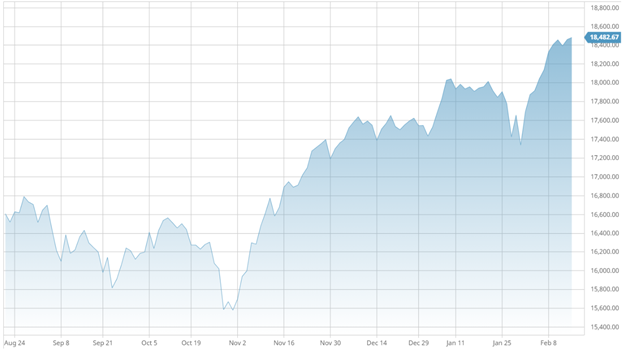 The Canadian economy is entering a rough patch at the start of 2021, as Covid-19 lockdowns continue to impact consumption and growth. The Bank of Canada sees the economy contracting in the first quarter, underscoring the ongoing challenges with the pandemic.

“We’ve said for some time that we’re expecting a choppy recovery and, unfortunately, we’re in a very serious chop,” Tiff Macklem, the Bank’s governor, said in January. Despite the challenging short-term outlook, Canada’s economy is expected to get back on track in the second half of the year.

CMI Financial Group will continue to analyze market changes and keep you updated on a regular basis. To learn more about our investment opportunities fill out the contact form below, and one of our Investment Managers will reach out to you within 24 hours.